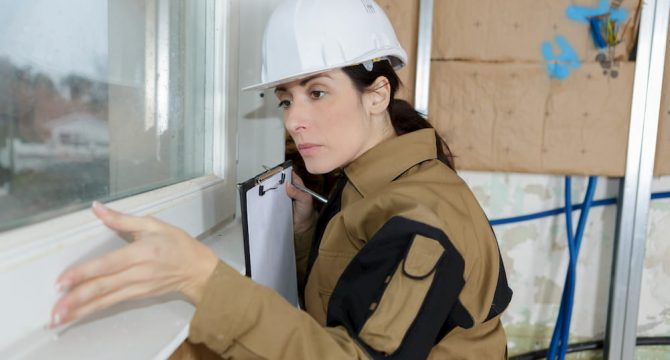 Vinyl Windows Upgrade. Except for in extreme cases, it can be difficult for many homeowners and landlords to know when it’s time to replace their windows. Home improvement projects like upgrading to vinyl windows cost money, and we find that people normally want to know what kind of return on investment they can get. The good news is that replacing the windows in your home or property is likely to save you a lot of money in the long run. There are six reasons you might want to stop putting off your window replacement.

The Windows Are Old

Even if you don’t have damaged windows, it might be a good idea to replace them if they’re more than 20 years old. Very old windows may be made with a single pane of glass, and they’re probably not very energy efficient even if they are dual pane windows. The Energy Star labeling program didn’t begin until 1992, so any windows that were made before that are almost certainly causing you to spend more on your utility bills. In addition to improving energy efficiency, new windows will block UV rays to help prevent fading for your carpet and furniture.

Drafty, damaged, or otherwise inefficient windows can increase your energy bill by as much as 33%, according to Energy.gov. By reducing the amount you spend on utilities, you’re likely to recover the cost of new vinyl windows quickly. That isn’t the only way you can get a return on your investment, either. If you plan to sell your property in the next several years, you’ll be able to get more thanks to your new windows.

If your window frames look or feel different from what they have when they were installed, that could be a sign of damage. For example, soft frames are a sign of rot and water damage, which is common in wood window frames. Other signs of damage include warping, sagging, and chips out of the frame. There’s a cosmetic element to these problems, but the situation may be more severe than just making your home or property look bad.

If your windows are difficult to open, close, lock, or unlock, that’s a sign of trouble. It could be that the frames were not installed properly or have developed balance issues. Alternatively, difficulty opening and closing your windows could mean that there’s something wrong within the workings of the window. That could be rust, rot, or a buildup of some kind.

Cracks or Condensation in Windows

Cracks are an obvious sign that it’s time for replacement windows, since they look bad and also prevent the windows from working as they should. Similarly, condensation in windows means that the seals have failed and the structural integrity of your window is compromised. Modern windows typically include some sort of insulating gas to promote greater energy efficiency, and that gas will escape as soon as the window is cracked, or the seal is broken. Replace your windows as soon as you notice either of these conditions.

If you feel a draft or breeze next to your closed window, that means your windows are no longer creating an appropriate seal. This will make it a lot harder to regulate the temperature of your home, and you’ll end up spending considerably more on your utility bills. Replace the windows to lower energy costs and prevent the problem from getting worse.

If the gap in your damaged seal or frame continues to get bigger, it could eventually lead to concerns even more significant than drafts and excessive energy spending. Ignoring this issue for long enough could allow moisture and other undesirable things to get into your home. Since the window isn’t very secure, it’s also at a much higher risk when it comes to things like severe weather.

Replacement Windows Near Dallas-Fort Worth Metroplex

At Best Buy Windows and Siding, we specialize in providing and installing windows for property owners in the Dallas-Fort Worth area. Our windows are durable, energy-efficient, and affordable. We will never try to install pre-sized windows into your home and find that our customized approach to sizing creates better results. Contact us today, and we’ll complete your window replacement quickly.

A MESSAGE TO OUR CUSTOMERS ABOUT COVID-19LEARN MORE
+